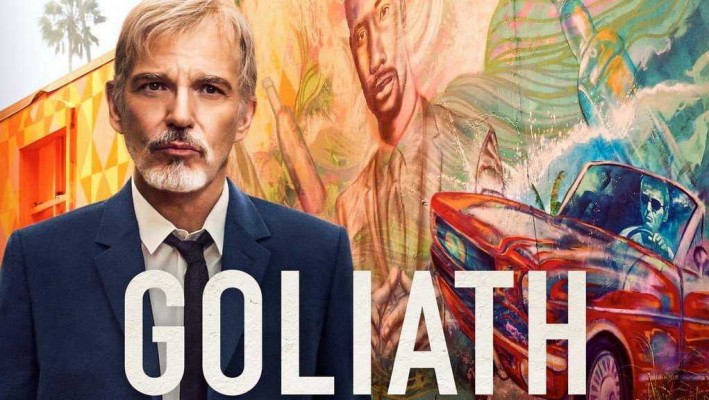 Goliath isn’t done quite yet.

Amazon has renewed Goliath for a fourth and final season, TV Scorecards has officially confirmed.

The fourth and final season of the Billy Bob Thornton-led legal drama will release in 2020.

Amazon said in a statement provided to TV Scorecards:

“’Goliath’ has been one of our most popular shows ever on Prime Video, and we’re so thankful to Billy Bob, Larry, Geyer, Jennifer, Steve, and the entire ‘Goliath’ team for bringing this series to life. We’re happy that our customers around the world will have a chance to see Billy McBride bring this final chapter to a close on Prime Video next year.”

How do you feel about the final season renewal? Did you want Goliath Season 5 or are you happy with a fourth and final chapter?

Goliath is the ultimate David vs. Goliath battle fought in the 21st century American legal system. The series follows a down-and-out lawyer as he seeks redemption. His one chance depends on getting justice in a legal system where truth has become a commodity, and the scales of justice have never been more heavily weighed toward the rich and powerful.