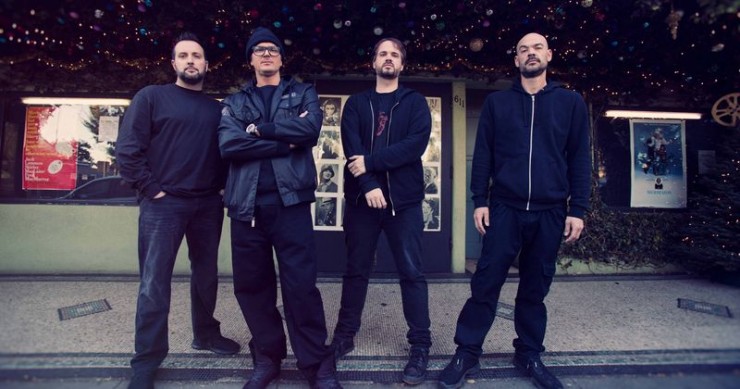 The Crew Gets Candid as They Revisit Their Most Intense Moments from the Show in 'Ghost Adventures: Screaming Room' - Premieres Thursday, January 2 at 9 p.m. ET/PT

"Ghost Adventures" fans: grab that popcorn, refill that soda and settle in to your seats, because it's about to get real! Paranormal investigators Zak Bagans, Aaron Goodwin, Jay Wasley and Billy Tolley are opening up to viewers as they've never done before in Travel Channel's new series, "Ghost Adventures: Screaming Room," premiering Thursday, January 2 at 9 p.m. ET/PT. The guys are kicking back in their screening room to watch their favorite episodes of the hit series and get candid with fans - and each other - about their craziest experiences over the past decade. Away from the haunted locations we usually see them in, with no equipment or investigations, it's just the team, some munchies and never-before-heard stories from the moments that created a legacy. Get ready for laughs, screams and surprises alongside the crew in the ultimate tell-all event.

"Aaron, Jay, Billy and I have had so many unforgettable experiences over the years," said Bagans. "To say we've seen a lot is an understatement. It's great to take a moment and reflect on everything together, revisiting and remembering the situations that define us as a team, the show and the work we do. Not to mention all the times that made us laugh! It's exciting to share it with our fans in a way they haven't seen before."

Armed with their favorite "screaming room" concessions - popcorn, mango, goji berries, crackers and banana chips, in case you need a bit of your own snack-spiration - the crew will relive some of the most terrifying, shocking and even comedic moments from their career, as they re-watch their most memorable investigations with candid commentary.

In the series premiere, Zak Bagans, Aaron Goodwin, Jay Wasley and Billy Tolly revisit their chilling investigation inside the Titanic Museum in Branson, Missouri. Built at half the size of the original ship, the halls of this iconic museum harbor an interesting stowaway... the precocious spirit of a six-year-old child. Watching the episode together, the team reveals exclusive stories and insight from this unforgettable experience.