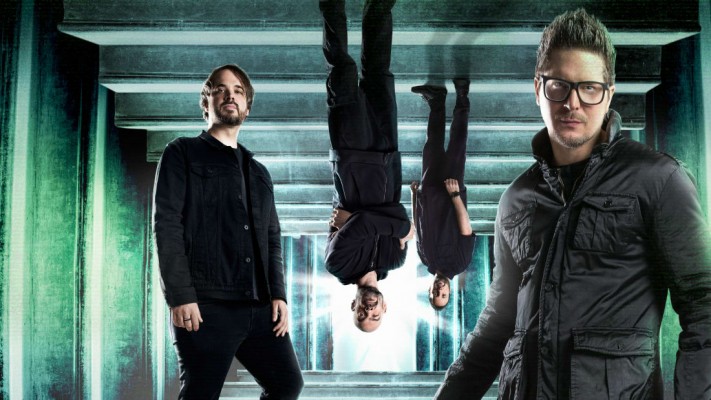 Ghost Adventures is coming out of lockdown for a quantine spinoff, Travel Channel has announced.

It’s widely believed that supernatural entities feed off of fear, and the greater the fear, the more dangerous spirits become. Travel Channel’s special four-part miniseries “Ghost Adventures: Quarantine,” premiering Thursday, June 11 at 9 p.m. ET/PT and airing weekly through July 2, tests the theory firsthand, as Zak Bagans, Aaron Goodwin, Jay Wasley and Billy Tolley quarantine themselves for two weeks inside Zak Bagans’ Haunted Museum in Las Vegas. In a frightening expose filmed entirely by the guys without a production crew, the team – maintaining proper social distance practices amid the coronavirus pandemic – discover how heightened levels of fear in this unprecedented time impact the dark energies attached to the world’s most haunted objects. With no recent visitors to the museum due to the closure, Bagans and the team are the first people in weeks to encounter these powerful paranormal forces and face them head on. And in a highly anticipated moment, Bagans finally opens the infamous Dybbuk Box to investigate its sinister influence.

“This is by far the most intense investigation and in-depth experiment we have ever done, considering the whole tone of doing a lockdown within a pandemic lockdown…it’s as raw and terrifying as it gets,” said Bagans. “Fear gives entities power, and fear is now permeating our society on a scale we haven’t experienced before. We are witnessing the amount of spirit activity greatly increase and we need to understand how this unprecedented situation affects things on a supernatural level. This led us to finally open the Dybbuk Box – a moment that will live with me forever.”

Each hour-long episode, shot entirely by the foursome, will focus on the most menacing areas and artifacts within the museum, including the Devil’s Rocking Chair, Peggy the Doll and the notorious Dybbuk Box – a terrifyingly haunted object believed to curse those who come in contact with it. Determined to find out if paranormal activity is magnified by the fear surrounding the pandemic, the team deploys new investigative tactics and scientific devices in their hunt for answers. With this, in a long-awaited moment, Zak Bagans opens the Dybbuk Box to understand the scope and power of its energy. During their investigation, the team also remote video interviews previous museum visitors, tour guides and other special guests – people whose horrifying experiences in the museum form a baseline for what the team can expect. With their own apprehension at an all-time high, the crew fears the restless spirits inside the museum are more dangerous than ever.

Zak Bagans, Aaron Goodwin, Billy Tolley and Jay Wasley embark on a terrifying cross-country journey to document if evil energy lingers within the infamous locations associated with America's most notorious serial killers. As they delve into each case, they will retrace the killer's steps, visit known hangouts and speak with leading experts to gain insight on why these sociopaths committed their evil acts. Every Saturday throughout October, viewers will follow the "Ghost Adventures" crew as they investigate locations such as killer clown John Wayne Gacy's prison cell, HH Holmes' murder house and the Squirrel Cage Jail, which housed the vicious Jake Bird. The crew will also study the Anson Call House, an abandoned building that many believe has ties to Ted Bundy's terror spree during the 1970s.