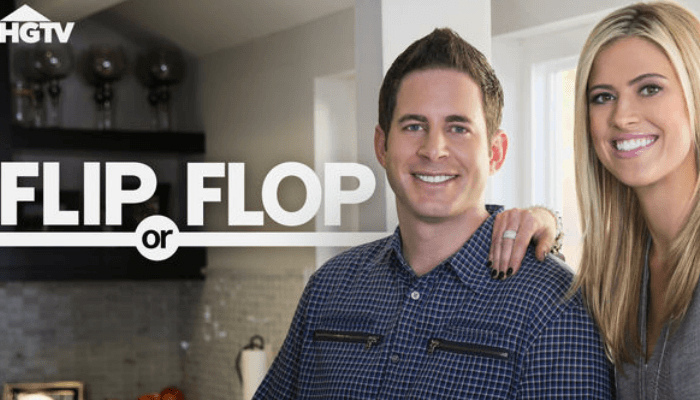 HGTV’s breakout hit series, Flip or Flop, starring business partners Christina Anstead and Tarek El Moussa as they flip houses for profit in Southern California, has received a pick up order for a new season of fresh episodes.

Airing on Thursdays at 9 p.m. ET/PT, the current season already has attracted more than 21.9 million viewers since it premiered on Aug. 1. The season finale will air on Thursday, Dec. 12, at 9 p.m. ET/PT, with the new episodes slated to premiere in August 2020.

In season 2, Tarek El Moussa and Christina Anstead will buy, rehab and sell more of SoCal's dilapidated properties in a new season of HGTV's hugely popular series Flip or Flop (with over 20 million viewers).

During the next season of Flip or Flop, cameras will continue to follow the formerly married real estate and house-flipping experts as they navigate both the expected and surprising challenges of co-parenting and running a successful business. And, even more dilapidated houses will be transformed into beautifully renovated homes that can be flipped for a good return on investment.

“Christina and Tarek’s relatable, personal journey attracts millions of viewers who now have a true emotional stake in their story and want to see more,” said Jane Latman, president, HGTV. “Their story is real, compelling and filled with the hallmarks of HGTV hits—family and unforgettable personalities with home-related expertise who are passionate about the work that turns houses into homes.”

For those who can’t get enough of Christina and Tarek, both will star in their own solo series on HGTV in 2020. The sophomore season of Christina on the Coast premieres Thursday, Jan. 2, at 9 p.m. ET/PT and spotlights Christina’s life with husband, Ant Anstead. In the new season, the couple welcomes a baby boy into their blended family and Christina focuses on her expanded design business. Fans can catch up on season one of Christina on the Coast in a one-hour special on Thursday, Dec. 26, at 9 p.m. ET/PT. In early 2020, Tarek will star in a new original series, Flipping 101 w/ Tarek El Moussa, that follows him as he mentors real estate novices who want to learn the secrets of a successful flip.