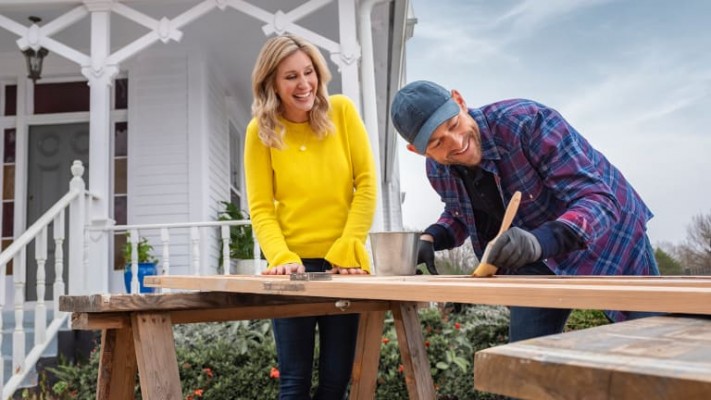 The second season of Fixer To Fabulous started off with high ratings in Fall 2020. Arkansas home renovators Dave and Jenny Marrs,delivered a 60 percent increase over last year’s ratings for the first season in the “P25-54” age segment, HGTV confirmed in a press release.

If the high viewership numbers continue to sustain, we expect HGTV to renew Fixer To Fabulous for season 3 in the next few months. We will update the official status on TVscorecards as soon as we learn the news.

HGTV has not yet officially approved season 3 of Fixer to Fabulous.

Fixer to Fabulous is very likely to be renewed for season 3.

Popular Arkansas renovation experts Dave and Jenny Marrs are working on renovating and restoring historic homes in Bentonville's neighborhood. The show premiered on HGTV and gained more than 27 million viewers until now.
Each episode features a different house. From rickety Victorian estates to crumbling Colonials, this couple manages everything from personalized renovations, specializing in designing spaces to the construction.

Fixer to Fabulous is renewed for season 2. View Latest Status for Season 3