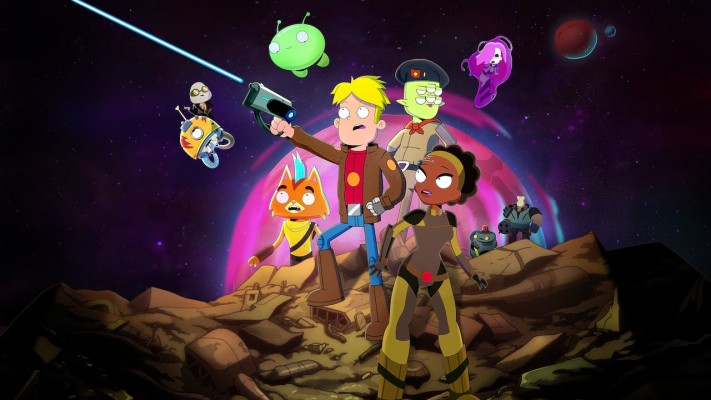 This space is not final.

TBS and Adult swim have grouped together to renew Final Space for Season 3, TV Scorecards has confirmed.

The third season of the animated space series is slated to premiere late 2020 on both networks.

Season two of Final Space finds Gary restarting with a new ship and a new AI voiced by Jane Lynch (Glee) as they recover what's left of his crew. Conan O'Brien reprises his role as Clarence, now a series regular, alongside Ron Funches (Undatable) and Ashly Burch (Attack on Titan) as they embark on an epic mission to free the Titan Bolo (Keith David). Along the way, Gary battles new villains led by Alan Tudyk (Firefly), Christopher Judge (Stargate SG-1) and Gary's Mom, Claudia Black (Farscape).

Final Space is a serialized intergalactic space saga about an astronaut named Gary and his adorable, planet-destroying friend, Mooncake. The series will follow their adventures as they embark on a quest to unlock the mystery of "Final Space," the place where the entire universe ends.