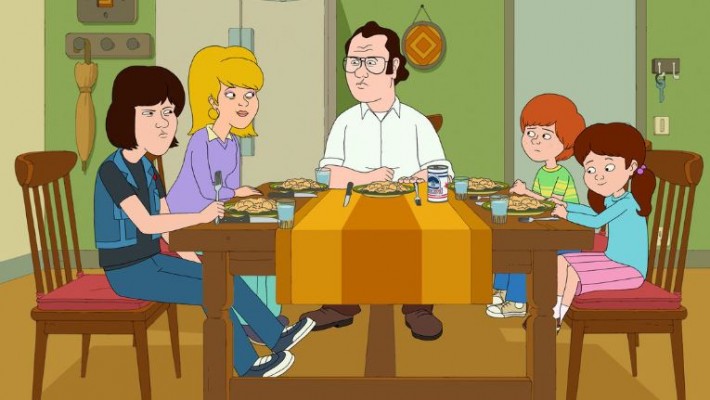 F is for Family is an animation series created by Bill Bull and Michael Price for Nextflix. The show premiered in 2015 and is now renewed for a fourth season. The show features a dysfunctional Irish-American family, living in the suburbs in the 1970s

What happens in Season 4?

Frank deals with an unwelcome visit from his estranged father, and Sue pursues “New Age” pregnancy support. The Murphy kids try out new personas. Watch the new season 4 trailer below.

A top-rated animation series at 92%

F for Family has received very positive reviews from both critics and consumers and notched an impressive 92% TVscorecard rating, placing it in the top 20 TV series of 2020. You can view the list of the shows with the highest scores here.

F is for Family follows the Murphy family in the 1970’s, a time when you could smack your kid, smoke inside and bring a gun to the airport.