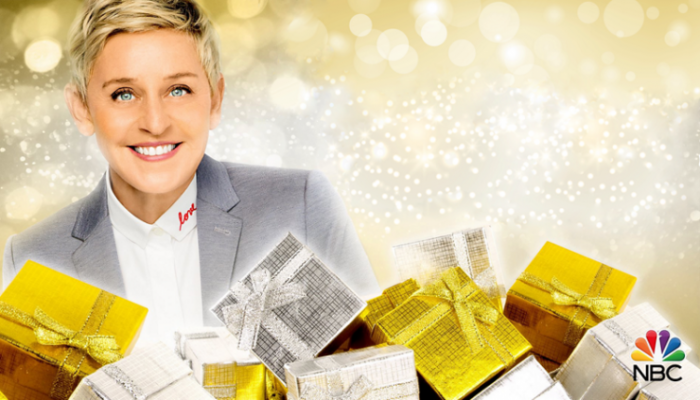 Ellen DeGeneres is making a list and checking it twice this December as she kicks off a new tradition packed with massive surprises on Ellen’s Greatest Night of Giveaways.

Over the course of three nights on December 10-12 (8-9 p.m. ET/PT), DeGeneres and her celebrity friends will deliver incredible gifts to unsuspecting people who have topped her nice list. Everyday deserving people and in-studio audience members never see it coming as DeGeneres presents spectacular gifts and incredible prizes, with A-list stars in tow.

Ellen’s Greatest Night of Giveaways is the biggest holiday bonanza to date and it’s coming to knock your stockings off.

The special will be produced by Warner Horizon Unscripted Television, A Very Good Production and Telepictures.