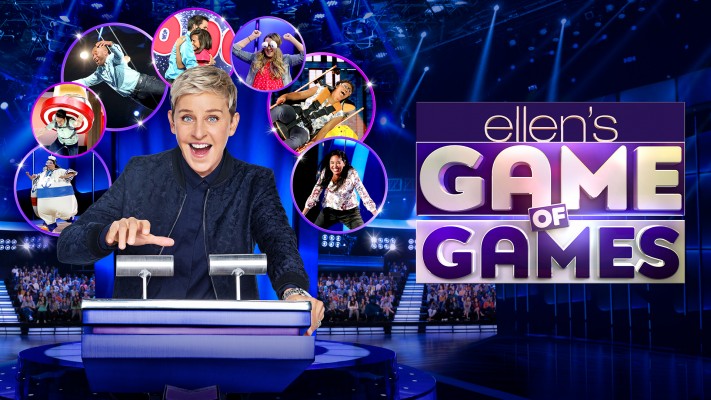 NBC has renewed its hit alternative series “Ellen’s Game of Games” for a fourth season.

DeGeneres revealed the pickup this morning on “The Ellen DeGeneres Show” during which she had audience members play the always messy “Danger Word” to celebrate.

“I’m so excited. I love this show so much,” said DeGeneres. “It makes me so happy. I love games. It combines all my favorite things: prizes and surprises. I’m sure you’ve seen it but if you haven’t, you’ve been missing out. We can’t wait to get started on the next round of episodes.”

Last season “Ellen’s Game of Games” reached a total of more than 66 million viewers and scored as primetime’s #1 game show. So far this season, the show is averaging a 1.2 rating in adults 18-49 and 5.2 million viewers overall in “live plus seven day” Nielsens, and remains a strong family attraction, ranking tied for #4 among all primetime entertainment programs on the Big 4 networks with kid viewers aged 2-11.

Every episode features DeGeneres’ mischievous personality along with a raucous roster of games, including favorites from her popular daytime show as well as new games such as “Mazed and Confused,” “Runaway Bride” and “Dirty Laundry.”

Contestants in the show play different games over four rounds. The winner of each round advances to “Know or Go” and the winner of that round proceeds to “Hot Hands” for a chance to win a $100,000 cash prize.

The series is produced by Warner Horizon Unscripted and Alternative Television in association with Telepictures and A Very Good Production.

Featuring super-sized versions of some of the most beloved games from "The Ellen DeGeneres Show" as well as new ones, contestants will have to maneuver massive obstacles while answering trivia questions, all under the pressure of Ellen's mischievous and hilarious antics.