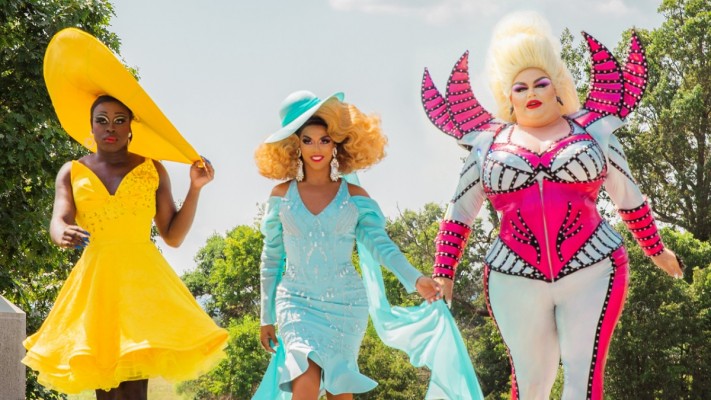 Drag queens Bob the Drag Queen, Eureka O’Hara and Shangela Laquifa Wadley, are coming back for season 2 of “We’re here” on HBO. Rosenstein, an executive producer at HBO stated in the press release “The stories of our small-town drag daughters created an incredibly positive communal experience. We can’t wait for Bob, Shangela and Eureka to continue their journey helping others find their voice”. In the first season, the drag queens visited Gettysburg (Pennsylvania), Twin Falls (Idaho), Branson (Missouri), Farmington (New Mexico) and Ruston (Louisiana).

Drag stars will continue their travels through small or rural towns and inspire people to share their stories and express themselves in a night of no-holds-barred, full-on drag. Bob The Drag Queen, with 1.2 million followers on Instagram (see account), stated “we hope that the renewal of we’re here for a second season will play a small part in the ongoing fight for justice and equality. Our queens will continue to travel the country uplifting the queer community and creating joy where you might least expect it…” and concluded “we’re here, we’re queer, and we’re not going anywhere”!

View the official announcement for renewal of season 2.

View the announcement from Bob The Drag Queen that the series is renewed for another season!

Trailer and release date for season 2

The trailer for season 2 has NOT yet been released but we will update this page once it is available. “We’re here” is available to stream on HBO GO, HBO NOW, and on HBO via HBO Max.

In "We're Here," renowned drag queens Bob the Drag Queen, Eureka O’Hara and Shangela Laquifa Wadley will lead their own “drag daughters” to step outside their comfort zone for a night of no-holds-barred, full-on drag. “Drag is about confidence and self expression. We are so thrilled to showcase the transformative power of the art form with our audience.” - HBO