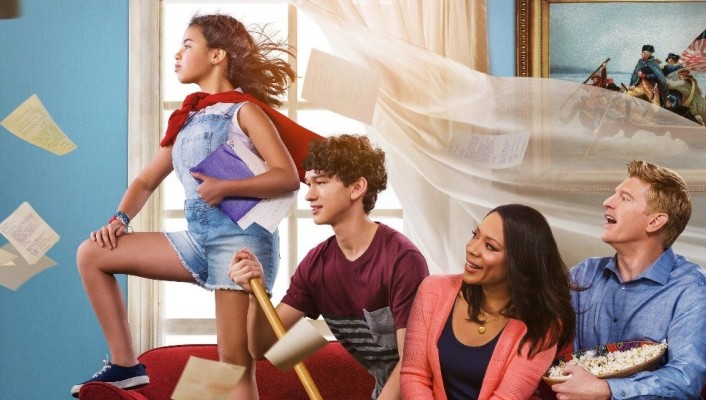 Diary of a Future President Season 2 is coming to Disney+

Disney+ announced that “Diary of a Future President” has been renewed for season 2. The TV show features Elena Cañero-Reed on her journey from her middle school to become president of the United States.

What do we know about Diary of a Future President season 2?

The production team has received an order for 10 new episodes for season 2. All episodes will stream exclusively on Disney+.

In the first season’s finale, Elena, Sasha and Jessica take a trip to Tallahassee trip. Upon returning home, Elena says that she’s been inspired by a senator she met in Tallahassee to fight for inclusivity. She becomes interested in politics and decides to run for student council. In season 2, we expect Elena to take greater responsibilities with the student council as she continues to expand her leadership skills and involvement in the social and school communities.

At this time, Disney has not yet announced an official release date and trailer for the season 2 of Diary of a Future President, but we will update this page as soon as we get the news from Disney.

READ MORE: Check out our Diary of a Future president show page for more news.

READ MORE: View our Disney TV scorecard and Disney Channel TV scorecard to find out which shows are renewed for next season.

The Disney+ original series, "Diary of a Future President" premiered on Friday, January 17. Gina Rodriguez ("Jane the Virgin," "Someone Great") and Emily Gipson ("Someone Great") serve as executive producers on the 10-episode series. Told from the narration of her diary, "Diary of a Future President" follows Elena, a Cuban-American 12-year-old girl as she navigates the ups and downs of middle school and begins her journey to become the future president of the United States. Formerly titled "Diary of a Female President," the series stars up-and-coming actor Tess Romero ("Blind Spot," "Alternatino") who portrays young Elena, an unabashed, ultra-observant, 12-year-old with a strong point of view, who walks through the world with purpose and confidence.

Diary of a Future President is renewed for season 2. View status for season 3