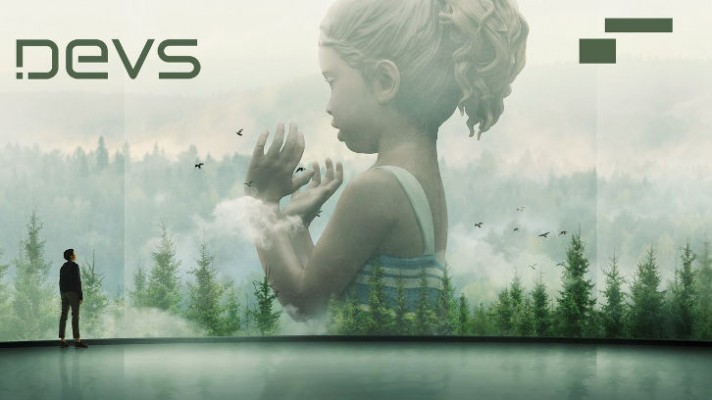 Devs, A Teacher, Mrs. America and The Old Man have all been cancelled on FX.

However, all four shows have been saved by Disney-sibling Hulu.

Devs, A Teacher, Mrs. America and The Old Man will move to Hulu as part of the ‘FX on Hulu’ hub, TV Scorecards can reveal.

Said Hulu in a statement sent to TV Scorecards:

“We’re excited to become the official streaming home to the award-winning current and legacy series that FX has produced over nearly two decades, as well as brand-new original series that will be exclusive to Hulu subscribers — all available through ‘FX on Hulu.’ FX has solidified its position as a premium brand that consumers are passionate about, and we can’t wait to bring its valuable content offering to our customers, all in one place.”

“We’re thrilled to have Hulu as our streaming partner with the creation of FX on Hulu, which will be the best and most complete representation of the FX brand, finally putting us on equal footing with competitors like HBO. This will allow us to expand FX’s original programming lineup and to reach Hulu’s growing audience of young and highly engaged subscribers, whom we believe will love these shows. We are more committed than ever to quality over quantity, with our primary focus on excellence that can cut through the clutter at a time of unprecedented consumer choice. This is a game-changing opportunity for FX, and we can’t wait to embark on this journey with Randy and his great Hulu team.”

What do you think of the shift?

New York Comic Con fans were also treated to a sneak peek at an extended trailer of the series, as well as two pivotal scenes featuring a first look at the mysteries that await viewers inside the Amaya Corporation's top-secret Devs building. Additionally, FX released three new images from the eight-episode limited series set to debut in Spring 2020. The brand new teaser and images give fans their first glimpse of Nick Offerman as Amaya's enigmatic CEO, Forest, alongside series lead Sonoya Mizuno.

During the panel, which was moderated by TV Guide Magazine's Damian Holbrook, Garland discussed developing his first project for television: "On a personal level, I thought, 'maybe television is a better home for me.' And on a writing level, I wanted the eight hours." He went on to add, "I feel like everything I have learned up to this point I have put into the show. I couldn't love it more."

Debuting in Spring 2020, Devs is a limited series that focuses on a young software engineer named Lily Chan (Sonoya Mizuno) who works for Amaya, a cutting-edge tech company based in Silicon Valley. After her boyfriend's apparent suicide, Lily suspects foul play and begins to investigate. She quickly realizes that all roads lead to Forest (Nick Offerman), Amaya's enigmatic CEO, and Devs, the company's secret development division. In Lily's quest to discover the truth, she uncovers a technology-based conspiracy that could change the world.

Garland created, wrote and directed Devs, and serves as executive producer along with Andrew Macdonald and Allon Reich of DNA TV, and Scott Rudin, Eli Bush and Garrett Basch of Scott Rudin Productions. Garland partnered with Macdonald, Reich, Rudin and Bush on the Academy Award(R)-winning Ex Machina and acclaimed feature film Annihilation, both of which Garland wrote and directed. Devs is produced by FX Productions.

FX announced that it has ordered the limited series Devs from award-winning writer/director Alex Garland, it was announced today by John Landgraf, CEO of FX Networks and FX Produtions. FX also announced the cast of Devs, which had previously been developed as a pilot. Devs will star Sonoya Mizuno, Nick Offerman, Jin Ha, Zach Grenier, Stephen McKinley Henderson, Cailee Spaeny and Alison Pill. The eight-episode Devs will premiere on FX in 2020.

Garland will Executive Produce Devs along with Andrew Macdonald and Allon Reich of DNA TV, Eli Bush and Scott Rudin with whom he partnered with on the acclaimed feature film Annihilation and the Academy Award(R)-winning Ex Machina, and Eli Bush. The series will be produced by FX Productions. In Devs, a young computer engineer, Lily Chan, investigates the secretive development division of her employer, a cutting-edge tech company based in San Francisco, who she believes are behind the murder of her boyfriend.