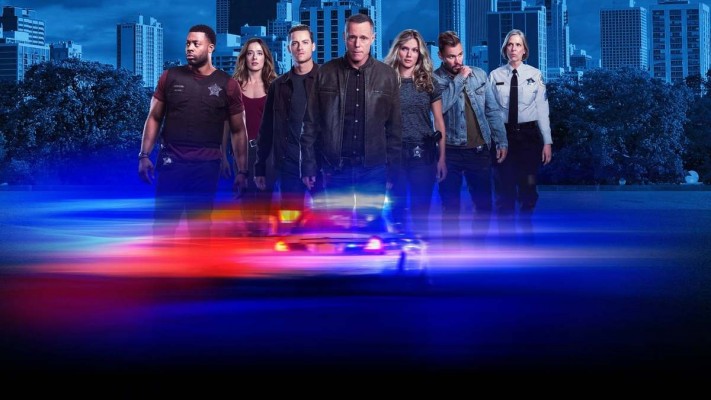 NBC has announced on 8/28 that Chicago Med will re-start on Wednesday November 11th 2020 on NBC along with Chicago Fire season 9 and Chicago Med season 6.

NBC announced the renewal of “Chicago P.D.” through season 10, which means the fans will be seeing their favorite uniformed heroes for another three seasons (season 8, season 9 and season 10). The network’s one the highest-performing shows, Chicago P.D has an impressive number of 8.56 million viewers. Season 7 attracted 10% more viewers than the previous season.

Chicago P.D. follows the tumultuous yet exciting journey of the uniformed patrol officers and the Intelligence Unit at Chicago Police Department. From drug-trafficking to high-profile murders and beyond, Chicago’s bravest will do anything to wipe crime from the city and bring justice to those who suffer.

In Season 7 finale, we see Atwater declaring the truth about Doyle’s death. The confession leads to him getting harassed by the deceased officer’s family. We also witness Halstead and Upton’s burgeoning relationship, while Hailey and Jay are also seen reconnecting. The season dealt with everything from murders and drug rings to domestic disputes and mysterious diseases.

What will happen in Chicago P.D. Season 8?

Season 8 will expand on how Atwater is going to face the wrath of Doyle’s influential family and if the entire intelligent unit will have to face repercussions for taking his side. Upton will return after her brief stint with the FBI. Showrunner Rick Eid has also hinted towards a shocking twist about the murder of one of our favorite characters. It has also been announced by TVLine that one of the Chicago PD officers (Lisseth Chavez) who played Intelligence unit rookie Vanessa Rojas, is no longer part of the plans as a regular for Season 8. Lisseth was initially part of the previous season and played the role of an undercover cop who was then recruited by Sergeant Voight (in season 7). Being part of the team, Rojas developed a relationship and closeness with another officer (Kevin Atwater).

Due to the pandemic situation, the production of the new season was delayed. Initially scheduled for September 2020, the new season is now slated to start on November 11th 2020.

At the center of “Chicago P.D.” is Detective Sgt. Hank Voight (Jason Beghe), who is at ground zero against the war on crime in Chicago. He will do ANYTHING to bring criminals to justice.

From multiple Emmy Award-winning executive producer Dick Wolf and the team behind the hit series “Chicago Fire,” ‘Chicago P.D.” is a riveting police drama about the men and women of the Chicago Police Department’s elite Intelligence Unit, combatting the city’s most heinous offenses – organized crime, drug trafficking, high profile murders and beyond.
Hand-picked as the head of the Unit is Voight, who has assembled a team of diverse detectives who share his passion, and commitment to keep the city safe. They include: Detective Antonio Dawson (Jon Seda) who is more level-headed and “by the book” than his counterpart; Jay Halstead (Jesse Lee Soffer), a brash young detective who previously saw active military duty in the Middle East; Halstead’s partner Erin Lindsay (Sophia Bush), a former “bad girl” who turned her life around with Voight’s help; Alvin Olinsky (Elias Koteas), an experienced undercover detective and confidante for Voight; and Adam Ruzek (Patrick John Flueger), a quick-witted cadet plucked from the police academy as Olinsky’s partner.

The Unit includes a new member in the form of Kevin Atwater (LaRoyce Hawkins), a charismatic patrolman who recently was brought upstairs. Kim Burgess (Marina Squerciati) and Sean Roman (Brian Geraghty) assist with the unit but on a daily basis they work the streets as uniform patrol officers often working with intelligence whenever necessary. Desk Sgt. Trudy Platt (Amy Morton) runs a tight precinct with tough love although she lets her softer more vulnerable side shine through from time to time.