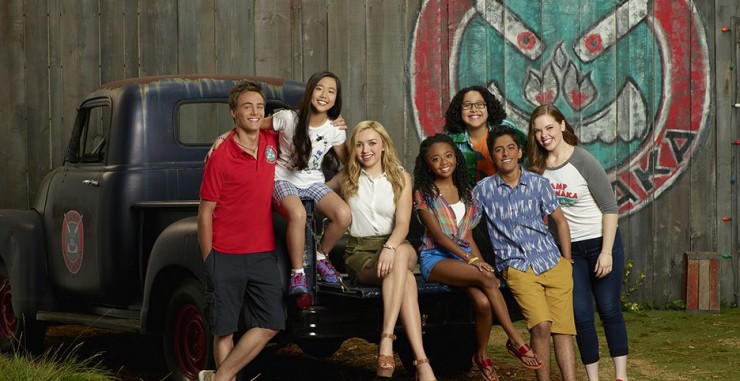 “Bunk’d” has been renewed for a fifth season full of more adventures at Maine’s rustic Camp Kikiwaka. Erin Dunlap (“Andi Mack,” “Jessie”), who joined the series as executive producer in season four, will return as sole showrunner for season five. Former executive producer Phil Baker (“Good Luck, Charlie,” “Andi Mack”), who teamed with Dunlap on the series’ highly rated fourth season, will focus on development and other projects for the channel. Production will begin in fall 2020.

Kory Lunsford, vice president, Current Series, Disney Channels Worldwide, said, “‘BUNK’D’ has long been a strong ratings driver for Disney Channel, with funny, relatable characters and storylines that continue to resonate with kids everywhere. We’re very excited to embark on a fifth season with Erin and the talented young cast as they head off for another summer at Camp Kikiwaka. We also look forward to continuing our relationship with Phil, who brought us the blockbuster series ‘Good Luck, Charlie,’ as he works on developing new and exciting projects.”

Returning series regulars include Miranda May as cheerful camp owner Lou; Mallory James Mahoney (Disney Channel’s “Adventures in Babysitting”), Raphael Alejandro (ABC’s “Once Upon a Time”) and Will Buie Jr. (“Gifted”) as the loveable but mischievous campers; Shelby Simmons (“Andi Mack”) and Israel Johnson (“Schooled”) as their quirky but well-intentioned counselors.

“BUNK’D” is from It’s a Laugh Productions, Inc. It carries a TV-G parental guideline.

Disney Channel’s family comedy “BUNK’D,” a spin-off of the hit comedy series “Jessie,” follows siblings Emma, Ravi, and Zuri Ross as they leave their extravagant New York City penthouse and head off to Camp Kikiwaka, a rustic summer camp in Maine where their parents met as teenagers. Emma is learning to trust her instincts while Ravi continues to be the family’s voice of reason, and Zuri, the baby of the family, outsmarts and outwits everyone in her company. The Ross kids must band together to overcome trials and tribulations, relying on their instincts and one another for support.

Emma and Ravi step into new roles as CIT’s (Counselor In Training), learning how to be resourceful, responsible role models to their campers. Lou, the cheerful head counselor, and Xander, the camp heartthrob, step in to show them the ropes, befriending the Ross kids, who are complete fish out of water in their new setting.  Zuri makes new friends with her fellow campers, the anxious and overly studious Tiffany and compulsive fibber Jorge.

Together the Ross kids and their friends must navigate the hijinks and curveballs thrown by the owner of the camp, Gladys, who with the help of her sneaky niece Hazel, is out to get them because of her decades-old rivalry with their mom. But nevertheless, along with their new friends, Emma, Ravi and Zuri adapt to their new “home away from home” and settle into their exciting new lives at Camp Kikiwaka.

The live-action comedy series was created by Pamela Eells O’Connell (“Jessie,” “Family Matters,” “The Suite Life of Zack & Cody,” “The Suite Life on Deck”), who serves as executive producer. The series is from It’s a Laugh Productions, Inc. It carries a TV-G parental guideline.