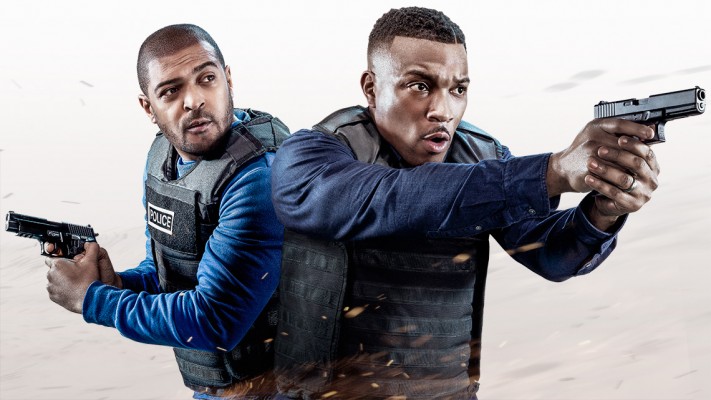 Sky One has renewed the cop drama for Season 3, TV Scorecards can reveal.

The third season will follow the previously-announced second season, which will premiere spring 2020.

Bulletproof Season 3 will comprise a three-episode special which is slated to premiere August/September 2020.

Per insiders, The CW has also picked up the third season of Bulletproof to air in the US, in addition to Season 2.

In addition to the third season, Sky is launching a Bulletproof Interrogation Game on Sky.com at the beginning of 2020, where players are put at the heart of the action-packed cop drama, as they become an active participant in a crime story, taking direction from our favourite cop duo.

How do you feel about the Bulletproof renewal? How many seasons should the show run?

After a smash hit first series, Sky original drama Bulletproof returns for a second series in 2020, and to celebrate, Sky has partnered with Charisma.ai, to launch an immersive and gripping Bulletproof Interrogation Game.

In addition to the second series, which is due to air in Spring, Noel Clarke and Ashley Walters have announced that Vertigo Films is producing a three part special, coming to Sky One and NOW TV in Autumn 2020.

Bulletproof Series 2 sees Bishop and Pike going undercover to infiltrate an international crime empire. Their chase for justice will take them from the streets of London to Amsterdam and Cyprus, where they will have to risk everything, including their police badges, to succeed.

Soon after the series end, fans can gear up for the Bulletproof special, which will see Noel and Ashley travelling across the world to sunnier climes in South Africa, where we will see more action, more car chases and a thrilling journey into the underworld of Cape Town.

To give fans a taster of Bishop and Pike’s world, Sky and Charisma.ai will be launching the Bulletproof Interrogation Game on Sky.com at the beginning of 2020, where players are put at the heart of the action-packed cop drama, as they become an active participant in a crime story, taking direction from our favourite cop duo.

During the interactive experience, you (‘the player’) help Pike and Bishop prevent a series of murders. A suspected serial killer has been arrested and will only talk to you. They have lined up three potential victims and what you say will affect who is spared and who is not. It’s a race against time to get the information Bishop and Pike need from the suspect. Act fast, and you’ll be able to save each of the victims, but who is really interrogating who...?

You will also take part by speaking – with your voice via your laptop – to the suspect and to characters from the show who provide direction and support in the interrogation.

The launch of the Bulletproof Interrogation Game is the latest example of Sky’s innovative storytelling, bringing cutting-edge technologies to customers.

Executive Producer Allan Niblo, for Vertigo Films, said “Bulletproof is a show that has always broken new ground, and the Interrogation Game utilises cutting edge AI and means that fans can get into its world like never seen before. It’s a tremendously exciting new universe”.

Cameron Roach, Director of Drama, Sky Studios said, “We are thrilled to be continuing to grow the Bulletproof franchise , with our special airing hot off the heels of Series 2, and our new Interrogation Game bringing the show’s brand to life.”