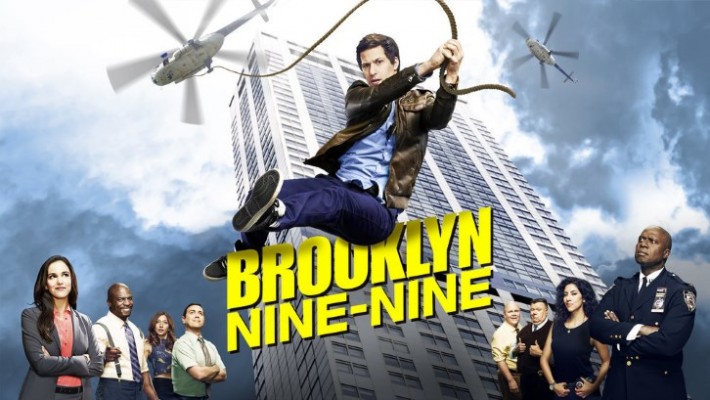 NBC has picked up Brooklyn Nine-Nine for season 8

Wildly popular cop-comedy ‘Brooklyn Nine-Nine’ gets renewed for season 8. The decision came ahead of season 7 premiere, which scored 3.2 million viewers and a 1.2 rating in the key 18-49-year-old demographic. The show has previously been airing on Fox for five seasons before getting canceled. Luckily for fans, NBC came to the rescue.

Brooklyn Nine-Nine follows the antics of detectives working at the New York City Police Department in Brooklyn. Silly situations and hilarious happenstances ensue as the team of oddball detectives try to solve crimes.

NBC announced (See Press Release) on Aug 29th that returning series set to debut after Jan. 1 2021 include “Brooklyn Nine-Nine season 8” “Good Girls season 4,” “Making It” “Manifest season 3,” “New Amsterdam season 3” and “Zoey’s Extraordinary Playlist season 2“. The exact dates in 2021 are yet to be announced – follow-up on Facebook to get updates on the new renewed seasons.

In the season 7 finale, we witness the joy that Jake and Amy share at their son’s arrival. However, the whole process was a mix of a hysterical race against time and unexpectedly funny situations. After a citywide blackout, Jake and Charles are forced to police the streets. The crisis takes place just hours before Amy’s delivery, and while handling the streets, Jake does everything in his power to reach her in time. Meanwhile, Holt and Jeffords give a dance performance on Salt-N-Pepa’s “Push It” inside the interrogation room to distract Amy.

What will happen in Season 8?

Season 8 is expected to focus on Jake’s role as a new father. This new development will play a major role in shaping up Jake’s character and provide a promising premise for many comedic situations. While we’re used to watching Jake and Amy working together, adding the challenges of parenthood to the equation will definitely be fun. Meanwhile, the show is also likely to incorporate some real-life changes in modern society and pop culture to fulfill its socially-aware role.

The network confirmed that the Andy Samberg-starring comedy show will air this autumn.

NBC has renewed its Golden Globe Award-winning comedy "Brooklyn Nine-Nine" for season 8. "Brooklyn Nine-Nine" was also last season's #1 most-social primetime comedy series across television, earning 9 million total interactions (Source: Nielsen Social SCR). The series features Detective Jake Perlta (Samberg) who happens to be good enough that he’s never had to work very hard to deliver. As it turns out, he has the best arrest record among his peers, until the precinct gets a new officer, Captain Ray Holt (Braugher). Jake may have made more arrests, but Detective Amy Santiago (Melissa Fumero) is pretty close, and knows exactly what it would take to catch up. Amy grew up with seven brothers who were all cops, and she’s extremely competitive. The comedy has received many awards and honors including two Emmy Awards and a Golden Globe Award for Best Series (Musical/Comedy), a Golden Globe award (Musical/Comedy) for best actor for Samberg, three nominations for Primetime Emmy Awards for outstanding supporting actor for Braugher (in comedy series).