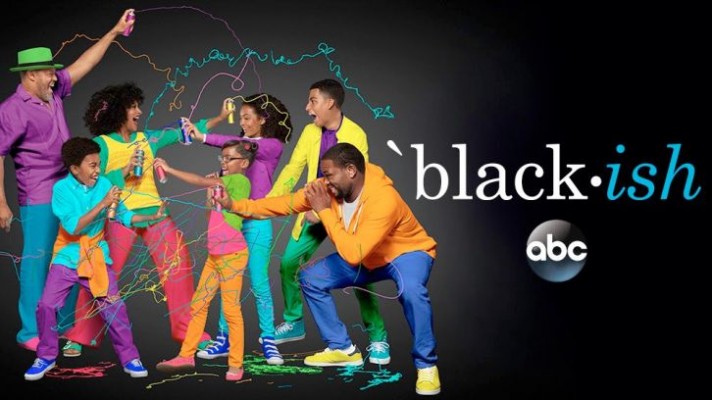 Official Status: ABC has not yet officially announced the renewal or cancellation of the show for the 2021-2022 TV season.

Dre and Bow might face a few bumps on the road but they always manage to stay on top of their four growing kids. Between light banter and a lot of fun, they keep them close to their culture and heritage. But will the Johnson family win the place in society that they’ve always dreamed of? Considering the impactful previous season, we would say yes. The show has enjoyed a high viewership ever since it first aired. Its popularity gave birth to two spin-offs Mixed-ish and Grown-ish that became equally successful. Black-Ish viewership through season 7 has also been steady, helping us keep our hopes high for season 8.

Black-Ish is quite likely to get renewed for season 8

Black-Ish is not your typical sitcom with mindless jokes and unintelligent humor. The show highlights various important social issues while expanding on the series’ universe. Although season 7 of Black-Ish witnessed a slight decrease of about 4-5% in viewership at launch, it maintained a steady viewership throughout the rest of the episodes. It averaged a 0.52 rating in the 18-49 demographic and 2.52 million viewers. This season shed light on the current events of the global pandemic and systemic racism, earning a high viewership satisfaction score.

TVscorecards provides the latest status updates on renewal & cancellations for the most popular shows. As of today, ABC has NOT yet confirmed if season 8 of Black-Ish is approved. However, our data analysts at TVscorecards keep track of hundreds of data points to estimate renewal chances for each TV series. We calculate a “Renewal Score” that predicts if a show will be renewed or not. The good news is that the future seems bright for the Johnson family.

Renewal chances: 76% (Likely to be renewed)

Check out our renewal scorecard below for Black-Ish Season 8. 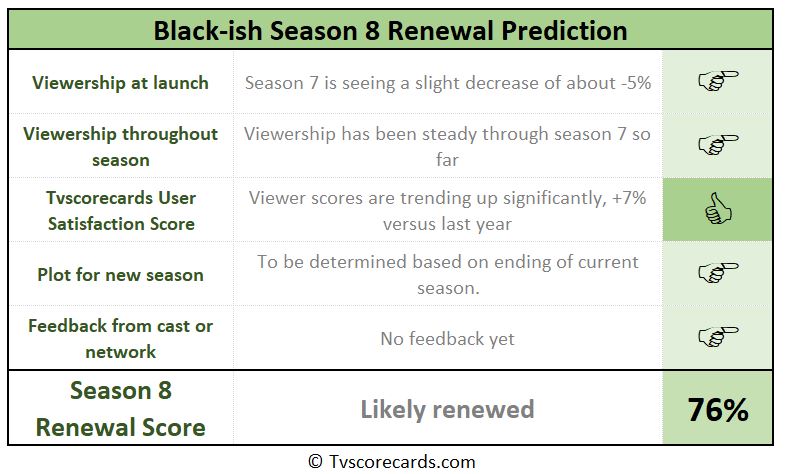 What are the Factors that Could Help Black-Ish be Renewed for Season 8?

Viewer satisfaction score is strong: The viewers love the show. They describe it as watching their own family on TV. The issues discussed on the show are relatable and make you feel less alone. Black-Ish Season 7 saw a strong viewer satisfaction score, +7% versus the last year. In the current global situation where all of us need a voice and support, Black-Ish is very likely to continue to grace our TV screens and come back with a great season 8.

Black-ish is Likely Renewed for Season 8. It is Not Cancelled. View Latest Status for Season 8