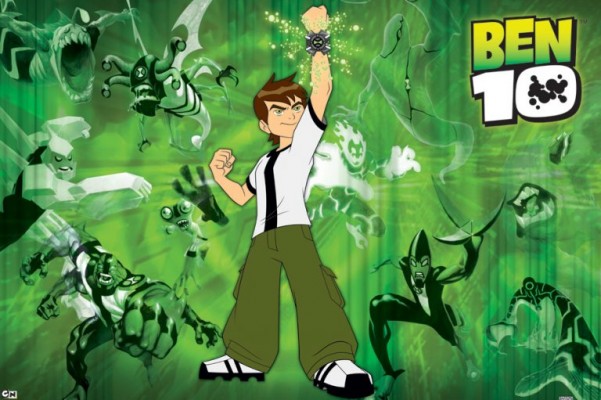 Ben 10 vs. The Universe Blasts Off Globally This Fall on Cartoon Network

Cartoon Network’s Ben 10 will expand to take on the universe with Ben 10 vs. The Universe: The Movie, set for a global premiere this fall. Featuring new characters, settings and powers for Ben, fans won’t want to miss his most epic adventure yet. The movie is the first for the newest iteration of Ben 10, which debuted around the world in 2016.

Currently in production, the action-packed movie will focus around a blast from Ben’s past returning to do double the damage on Team Tennyson and planet Earth itself, forcing Ben to go interstellar to save the day. Meanwhile, Gwen and Grandpa Max team up to help protect the world in Ben’s absence. But when our boy hero is confused for the villain in space, Ben must figure out a way to get back to Earth to help save it!

Ben 10 is currently in its fourth season and takes fans on journeys with Team Tennyson through Rome, Tokyo, the Yucaton and more. New episodes continue to debut Sundays at 10:00 am (ET/PT). Ben 10 is also available on the CN App as well as VOD. The show is produced by Cartoon Network Studios and created, and executive produced by Man of Action Entertainment (Big Hero 6, Generator Rex), with John Fang (Mixels, Generator Rex) as executive producer.

Packed with powerful aliens, comedic ups-and-downs and epic bad-guy takedowns, the series follows a reimagined Ben Tennyson, his cousin Gwen and wise Grandpa Max as they embark on their seemingly endless summer vacation. The all-new series goes back to the time when Ben first discovers the Omnitrix, the alien watch-like device that allows him to transform into 10 super cool alien heroes.

Proving that anyone could be a hero, Ben confronts monsters and problems like Dr. Animo’s plans to take over the world, as well as new villains like Nanny Nightmare. Embracing the coolest elements that made the original show a worldwide sensation during the past decade, this reboot is packed with heart, humor and heroism that everyone loves – and more!