Home | All Rise | All Rise is renewed for Season 2, starting November 16th 2020
LnRiLWZpZWxkW2RhdGEtdG9vbHNldC1ibG9ja3MtZmllbGQ9Ijc5YzdiNTBlYjQ5MTcxZmVlMTBkMGJhYzU3YzQ1NjFjIl0geyB0ZXh0LWFsaWduOiBsZWZ0OyB9ICBAbWVkaWEgb25seSBzY3JlZW4gYW5kIChtYXgtd2lkdGg6IDc4MXB4KSB7ICAgfSBAbWVkaWEgb25seSBzY3JlZW4gYW5kIChtYXgtd2lkdGg6IDU5OXB4KSB7ICAgfSA= 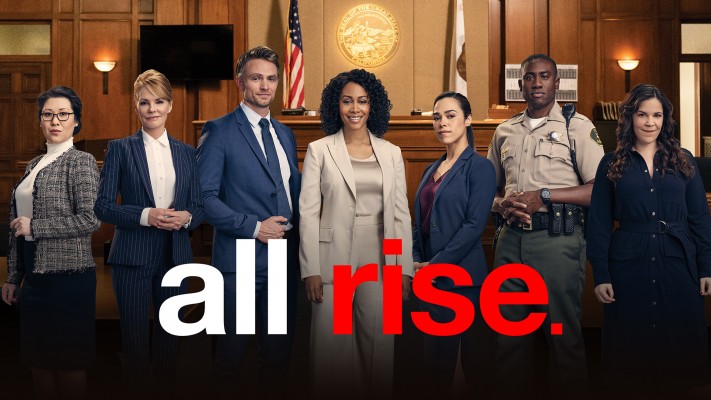 All Rise averaged over 5 million viewers in its first season and was rated 6.6/10 on IMDB and 59% audience score on Rotten Tomatoes. The Show is a courthouse legal drama that premiered in September 2019. The show takes place in Los Angeles and features cases and personal lives of legal employees including judges and prosecutors. CBS just announced that it is renewing the show for season 2, and shared the release date of  Monday November 16th, 2020 on October 12th.

The show’s most recent episodes highlighted how the legal system operates under the California mandatory shelter-in-place order. However, the show was affected by California shutdowns, which eventually delayed season 2 from September to November (about 2 months).

We’ve learned about a few new important changes for All Rise season 2.

The TV site Deadline reported that CBS promoted Lindsey Gort, who appeared in the first season, to a regular in season 2. Lindsey plays defense attorney Amy Quinn, who became involved in a relationship with District Attorney Mark Callan. In the All Rise finale of the first season, the two decided to take their relationship to a next step by deciding to… quarantine together. Going into quarantine with your new date, is, of course, a healthy start to a new relationship.

Shalim Ortiz (Grand Hotel) will play Joaquin Luna, a photographer and activist who gets to interact with public defender Emily Lopez.

Recommended Videos related to All Rise

Let us know what you think about All Rise being renewed for season 2 by leaving a comment at the bottom of the article.

ALL RISE is a courthouse drama that follows the chaotic, hopeful and sometimes absurd lives of its judges, prosecutors and public defenders, as they work with bailiffs, clerks and cops to get justice for the people of Los Angeles amidst a flawed legal process. Among them is newly appointed Judge Lola Carmichael (Simone Missick), a highly regarded and impressive deputy district attorney who doesn’t intend to sit back on the bench in her new role, but instead leans in, immediately pushing the boundaries and challenging the expectations of what a judge can be. Greg Spottiswood, Len Goldstein and Emmy Award winner Michael M. Robin are executive producers for Warner Bros Television.

All Rise is awaiting decision to be renewed or cancelled. View Latest Status for Season 3