Home | Renewed TV Shows | Alienist is renewed for Season 2 with “The Alienist: Angel of Darkness”
LnRiLWZpZWxkW2RhdGEtdG9vbHNldC1ibG9ja3MtZmllbGQ9Ijc5YzdiNTBlYjQ5MTcxZmVlMTBkMGJhYzU3YzQ1NjFjIl0geyB0ZXh0LWFsaWduOiBsZWZ0OyB9ICBAbWVkaWEgb25seSBzY3JlZW4gYW5kIChtYXgtd2lkdGg6IDc4MXB4KSB7ICAgfSBAbWVkaWEgb25seSBzY3JlZW4gYW5kIChtYXgtd2lkdGg6IDU5OXB4KSB7ICAgfSA= 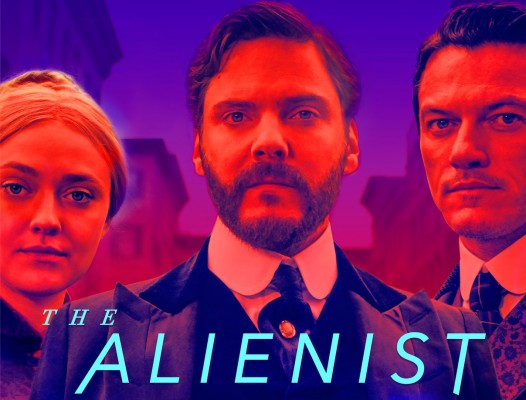 More murder mystery is coming to New-York with “The Alienist: Angel of Darkness”, a renewal of the Alienist TNT series. The Alienist is a very good TV adaptation of a great book that stayed six months on the NY Times bestseller list, selling millions of copies (Amazon link: “The Alienist” by Caleb Carr).

The Alienist: Angel of Darkness is a drama featuring a strange murder mystery in the elite of New-York’s society. The Alienist followed Dr. Kreizler in the new field of mental illness treatment. In season 1, Dr. Kreizler was relentless in his pursuit of a never-before-seen ritualistic killer murdering young boys. He was joined by illustrator John Moore and Sara Howard, a pro-active secretary determined to become the city’s 1st female police detective.

In Angel of Darkness (Season 2), Sara reunits with Dr Kreizler

In “The Alienist: Angel of Darkness”, Sara Howard opens her detective agency and investigates a new case where she reunites with Dr. Kreizler and John Moore, who has now become a reporter. She finds Ana Linares, the kidnapped daughter of the Spanish Consular, and their research leads them through a sinister journey of deceit and murder, to track down a dangerous and misleading murderer.

The Alienist is a very good TV adaptation of a great book, that stayed six months on the NY Times bestseller list, selling millions of copies. The book, a crime investigation set in 1896, kept readers guessing until the final pages, and remains today a milestone for suspense crime books. It was written by Caleb Carr. In the first season, Doctor Kreizler follows a serial killer responsible for the deaths of boy prostitutes. In season 2, called The Angel of Darkness, the team investigates the kidnapping of the Spanish Consular daughter. The Alienist was #1 new cable series in 18-49 age range in 2018, having reached more than 50 million people across multiple platforms. The show earned 8 Emmy Award nominations,. The Alienist's lead cast including Daniel Brühl (Rush), Luke Evans (The Girl on the Train) and Dakota Fanning (American Pastoral).