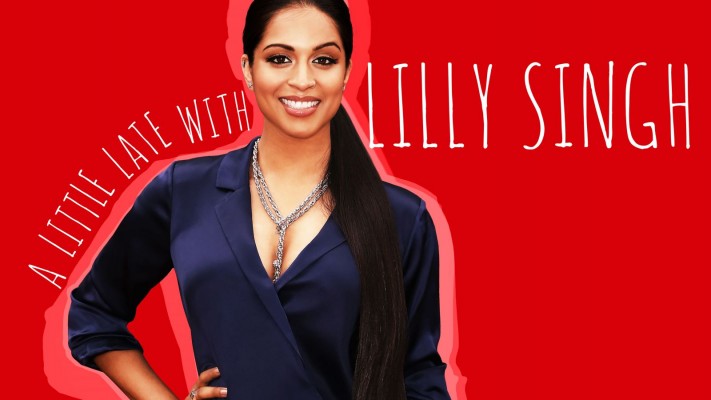 Over the past few years, the famous YouTuber and comedian, Lilly Singh has made it big in the industry. Now hosting her own show “A Little Late with Lilly Singh”, Singh is redefining the late-night comedy landscape. Witty, energizing, and entertaining, A Little Late first premiered in 2019. After a successful first season with 1.711 million viewers, NBC has decided to renew the show for season 2.

Singh has received immense praise for her creative and inventive approach to late-night comedy. She brings a global audience to the network and has interviewed various famous Hollywood stars.

Lilly Singh chats with various celebrities about their professional and personal lives and maintains an entertaining and humourous tenor.

Singh is a multi-faceted entertainer, finding success as an actress, producer, writer and creator. She's a leading force in the digital world amassing a global audience of nearly 15 million subscribers on her YouTube channel, where she writes, produces and stars in comedic and inspirational videos. She acted in the Emmy Award-nominated HBO film "Fahrenheit451," opposite Michael Shannon and Michael B. Jordan, as well as "Bad Moms" and "Ice Age: Collision Course."

Singh is also the New York Times bestselling author of "How to Be a Bawse: A Guide to Conquering Life." She has appeared on Forbes' 30 Under 30 in Hollywood & Entertainment, Fast Company's Most Creative People and Time called her one of the most influential people on the Internet.

"A Little Late with Lilly Singh" will be produced by Universal Television, Singh's Unicorn Island Productions and Irwin Entertainment. Singh and Irwin will executive produce.

A Little Late with Lilly Singh is renewed for season 2. View Latest Status for Season 2